Yes, Monday is upon us once again. So I thought I would share a little of what I have been working on over the past week.

I am working on book six at the moment. It will be released early September.
I am super excited about this one as there are lots of new characters for you to meet and fall in love with.
Sharing a little love. Breaking the curse is in its infancy still and has not been edited. I’m still writing the first draft. But I just had to share a little snippet!

The world stops spinning and Ameen’s heart skips a beat. Is this it. After all these years he will go out via his heart stopping. The fates sure have a warped sense of humor. An Incubus has no heart after all. Or so the other supernaturals say.  Looking across the Woodlands pack compound there is a sea of faces. Today has been hard on everyone.

Nikki his newest friend has kicked the beast and it has everyone chasing their tails. He is on one of his regular visits to his closest friends Annabelle and Alex. They are like family. He has watched Nikki grow up just as they have from afar. It would seem the fates have got bored and there are going to be some interesting times ahead.

Rubbing his chest as it skips yet another beat. He looks at the Desory team leaving they seem to be in a hurry. Who can blame them? They are there to witness history being changed. Even if they do not grant the amalgamation of the two packs. They are to return to parliament and announce there is a female alpha in the world. It will go into the history books.

Watching as the two witches march towards the hummer. His heart skips again and his eyes meet hers. Clutching his chest, he sees her do the same. They stare at each other, for what seems like an eternity. The look on her face is one of shock and horror all rolled into one. Who is she? And why the cloaking spell.  Only a witch could cloak themselves like that. But why would she want to hide she is still pure.  She climbs into the hummer and it races past with four occupants inside, seeing the other team members inside he understands why.

Alexa sees him, just for that split second her heart stops. How could the fates be so cruel? A demon, why would they do that to her. Okay, maybe a wolf would have been worse. They want to control their mate more than a demon does. Rubbing her chest, she can feel the pull to connect. Even though she is sat in the Hummer speeding away from him. He saw straight through her spell. How is that even possible? The spell has been in place for so many years. No one has ever had the slightest notion that she is still pure. After watching the trouble men bought into her sister’s life Alexa swore she would save herself for her mate. She made it a solemn vow there would be no wavering, no matter how hot the male sitting next to her is. Looking at him now the attraction she felt only yesterday has gone. Yes, she has met her mate. The dig in her ribs has her snapping back into reality. 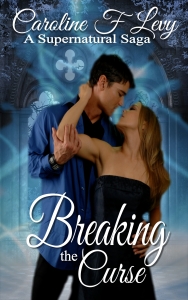 Hope you enjoyed my little addition to your Monday morning.
Must dash. I have a book to finish 😉